Vladimir Suchánek (born February 12, 1933 in Nové Město nad Metují) is a Czech graphic artist and postage stamp designer.
Suchánek was born on 12 February 1933 in Nové Město nad Metují. He studied at Charles University in Prague (1952–54), under Professors Bouda, Lidický and Salcman, and at the Academy of Fine Arts in Prague (1954–60), where he specialized in graphic arts under Professor Silovský. He specialises in graphic arts, painting, book illustrations, stamp designs and bookplates.

He graduated from the Pedagogical University in 1954 and The Academy of Art in Prague in 1961. His work has been exhibited in many major collections.

The former musician played in the sixties together with other stamp designers in a band named Grafièanka.

He currently is President of the Hollar Society, the leading Czech graphic art organisation. 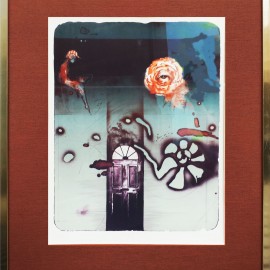